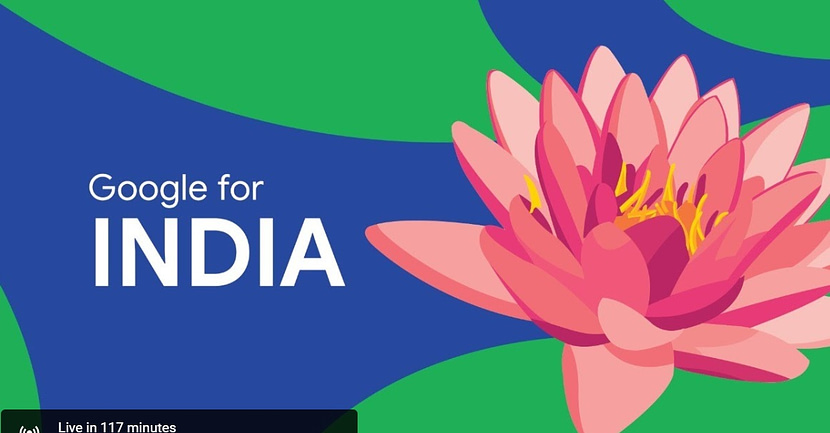 Alphabet’s owned Google for India event today will live at 2pm IST on YouTube. You can catch the live-stream right here. Alphabets and Google CEO Sunder Pichai an address at the event while Ravi Shankar Prasad, Minister of Communications, Electronics and IT , Law & Justice will also grace the occasion.

The Google will share exclusive plans for India hasn’t shared any agenda for its virtual event. It says product business leaders will share products and announcements for Digital India.

The search engine giant has provided the following quote in its media invite:

There is no gurantee but Google could also make a product announcement at the event today. In a new teaser released over the weekend, Google revealed “Something special is coming this Monday”.

The teaser doesn’t give away much, The verge reported this Google Next Smart speaker could be launching in this later month. We could hear news about Google Pixel 4a 5G in this year.